Some time ago a friend gave me this drill press. (he got a new one and said out with the old)
So I snagged it up. and have been doctoring it back to health.
Some of the mods I have done.
Bigger table also with a miter slot on both sides.
I also included a removable center section where the wood typically gets all drilled up so a new one can quickly be installed.
Added a wal mart light.
Added a link belt setup.
And  most importantly I added the Treadmill motor setup The conversion was quite easy.
the motor bolt up just needed a  few stand offs i had some 1-1/2 SS square tubing that just fit!
I also sed the controller from the same treadmill as my Speed controller I did add a mod that allows me to go right back the speed I left it at this requires one more switch. very usefull mod.
Oh I did scrap the flywheel so I added a makshift os constructed from heavy paper and then wrapped in Foil tape to secure my 12v dc fan it turns on when the drill press is on.
I think all in all I might have 50 bucks in this gem. Its no Atlas but it was darn near free and gets the job done.
I’ll post some schematics of the controller soon. 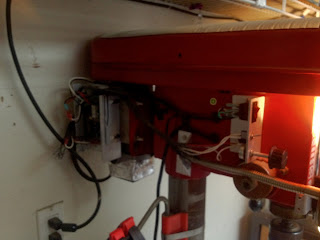 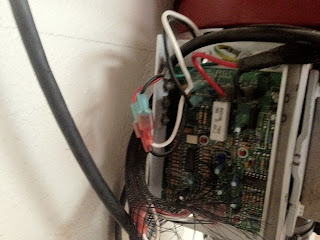 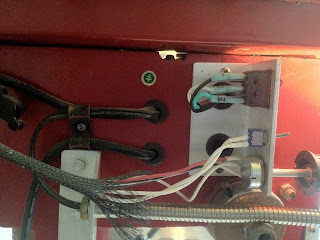 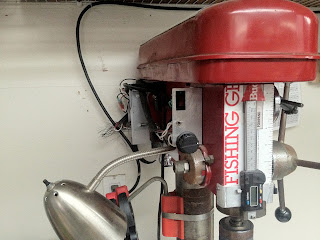 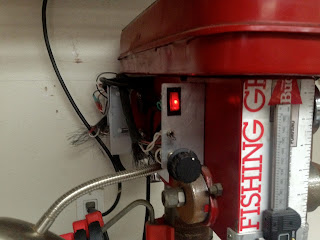 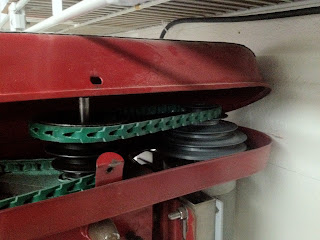 The Link belt setup is remarkable. I’ll admit Im pretty skeptical kind of guy. And, these belts fell under my watch full eye Im glad to report that they have not missed a beat. their quite , easy to adjust, re-useable, have great traction. inexpensive too. simply put? a win-win. 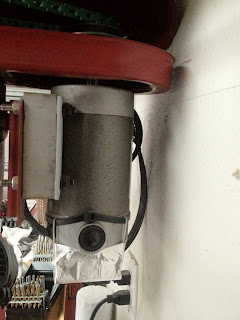 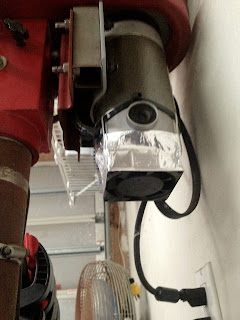 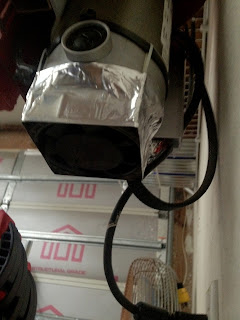 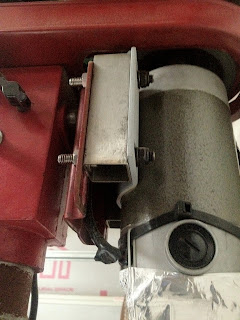 All, Several people have asked me for the circuit design. I did this mod so long ago I cannot recall where I left my Drawings. (but I do have them Im sort of a horder in that way) After a few mins of searching the Vast Interwebs. I found this. Link/Forum Thread (see #7) which seem pretty congruent with my install. with a few exceptions.  The supporting schematic is below. As of Now (April 23rd.) I will confirm the schematic to my actual install and notate this post. But as of now. I have NOT confirmed.

The exception in my case

2: If I recall I bypassed the  Thermal switch on the motor.

After several years of use. this setup has not failed even once. the limit of my drilling is prob around 3/4 to 1″ (slinging a drill bit) that big and slow the torque just drops off so much its really not useable. Im thinking of adding a flywheel to the setup. but after all these years Im not likely to ever reach that project again. but its my opinion.